English is a crazy language!

English is a crazy language!

(This phrase comes from the hilarious writing of linguist Richard Lederer, who gives some great examples of this nutty language. You can read his essay here.)

Just now in his 1 on 1 English class a student asked me about "chief" and "chef," and "wood" and "woods." Let me try to explain.

chef: a professional cook (To make things more confusing, here the "ch" is pronounced "sh," as in "sheep.")

Richard wants to be a chef, so he went to culinary arts school.

chief: (Here the "ch" sounds like it does in "church," the more common sound.)

Sitting Bull was a famous Indian chief in American history.

The chief reason why Billy failed the class is because he refused to do any homework.

wood: the natural product from trees, used for building or fires (note: the plural form is "pieces of wood.")

Dad cuts his own wood to burn in his fireplace each winter.

There were pieces of wood scattered all over the ground after the bolt of lightning hit the tree.

A walk in the woods is a great way to get exercise and clear your mind.

Are YOU a student with DreyerCoaching.com? If not, contact us today to see how we can help you!

Here are some OTHER crazy things that make English a CRAZY language. But as I often tell our students: "English is a crazy language, but don't worry: we can help you!"

bat: This can be two nouns.

1. a long stick used to hit a baseball--it looks like this

Billy loves baseball and he got a new bat for Christmas.

2. a small, winged mammal that flies at night and eats bugs--it looks like this

I couldn't believe it when a bat flew into the room during the PTA meeting one night--and I was even more shocked when Mr. Yang calmly grabbed it with his bear hands and threw it back outside. (True story, folks!)

Even though the mouse was dead, the cat kept batting it around for fun.

batter: This can be two nouns also.

1. the person who hits the baseball with a bat--like this

Edward is the best batter on our team.

2. a sticky mixture of flour, milk, eggs and water, used to make pancakes or cake--like this

Harmony mixed the batter then made delicious pancakes for breakfast.

"Batter" can also be a verb - it means to hit hard, many times

We were afraid the strong wind might batter the flag, so we took it down before the big storm hit.

"C" There are many ways to pronounce this letter. 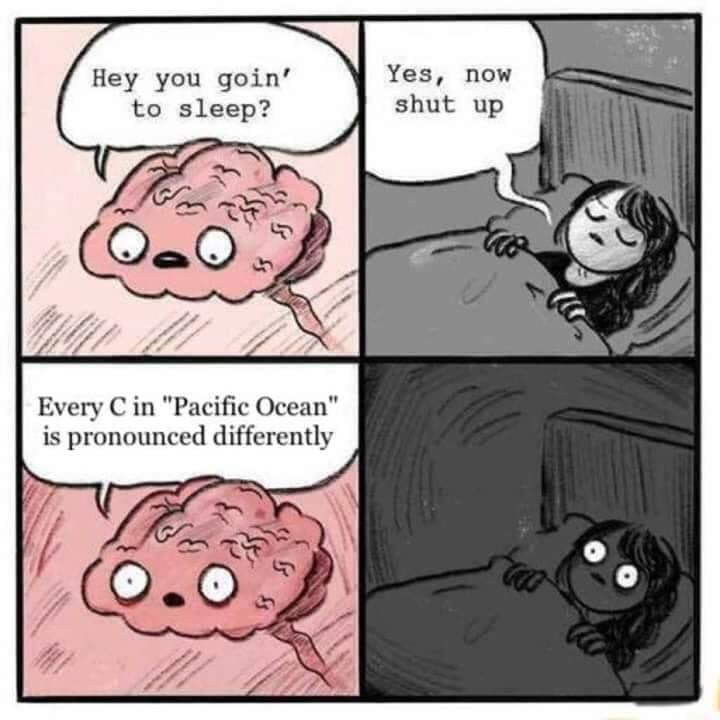 The letter "C" itself if pronounced like "see," but the 3 C's in "Pacific Ocean" are pronounced differently...and not even like how the letter itself is pronounced!

game: This can be either a noun or adjective

1. an entertainment done for fun (noun)

Monopoly has been a famous and popular game ever since it was created in the 1930s.

3. a reference to wild animals that can be hunted for sport and eaten (noun, adjective)

Turkeys are a popular game bird; however, they are so smart, they are often hard to kill.

Funny story: I once heard this tale on National Public Radio. Back in the days before the Internet, a family had reserved a vacation cabin deep in the woods of the US State of Maine.  After the parents had made the reservation, they got a brochure, explaining all the amenities the cabin had to offer. The kids looked the brochure over, and were delighted to see their vacation home had a "game room." Game room! The kids started thinking and wondering: what kinds of games would be in the room? And on the LONG drive to Maine, the kids kept thinking and discussing in the car what games they might find there: foosball? pinball machines? pool? chess? cards?   The miles and hours passed, the family entered Maine, and they finally drove up to the cabin. Breathless with excitement, the kids jumped out of the car and ran into the cabin. Then, a loud SCREAM ripped through the cabin and the Maine woods. Why? The children found their Game Room-- a room full of the stuffed heads of dead animals! Yes, the cabin DID have a "Game Room," but it was not at all what the kids had hoped for!

"Who wants to go the beach this weekend?" Mike asked his friends.

1. to delay. "Sorry to hold you up, but I have to go get my keys."
2. to hold in the air. "If I hold up a treat, our dog will jump for it."
3. to rob by force. "The robbers tried to hold up a convenience store, but the police caught them."
4. to make sense. "She told me she was at home last night, but that story doesn't hold up, because my sister saw her with another guy at the mall at 8:00 last night."

Today I taught a student this actual newspaper headline: "Red tape holds up bridges." It uses meaning #1, that red tape was delaying construction of new bridges, but it can also sound like meaning #2, that pieces of red tape are actually holding bridges up in the air (which is impossible). To learn what the idiom "red tape" means, check out my blog post.

pitcher: This can also be two nouns.

1. Just like "batter," a pitcher can be a player in basball-- the person who pitches, or throws, the ball to the batter--like this.

John was our team's pitcher...until he injured his arm, so now Brandon is pitching.

2. a glass or plastic container to hold drinks so they can be poured easily--like this

"Melody, put some water and ice in the pitcher before the guest arrive," mom requested.

turkey: This can be two nouns.

1. a kind of bird, wild or domestic, known as the most popular Thanksgiving food

While driving in Southwest Virginia, it is not unusual to see a wild turkey by the side of the road.

2. the large country between the Mediterranean and Black Seas that is 97% in Asia and 3% in Europe.

Visiting Turkey has been a lifelong dream of mine. (Note: when referring to the country, always capitalize the T.)

Watch this post for future examples of "crazy English" and how I try to help explain it to you, so it makes sense.

Do YOU have a question about "crazy English" or some words that confuse you or seem unclear? Contact me with your question and I will try to answer it!