The biggest room in the world is the room for improvement.

I have learned that success is to be measured not so much by the position that one has reached in life as by the obstacles which he has overcome while trying to succeed.

- Booker T. Washington, born in Virginia as a slave and later the first black person to be a guest in the White House.

To celebrate success and improvement, we created the DreyerCoaching.com Most Improved Award (最佳进步奖) for the first quarter of the 2018-2019 school year, to help also celebrate our 10th anniversary online.

The FIRST winner of this new award, in November 2018, is Bob Liu, from beautiful Hangzhou, China.

Why did Bob win this award?

His DreyerCoaching.com teacher Mrs. McKinney reports that Bob has made GREAT progress since she began working with him, and Bob attends almost EVERY Friendly Free Friday class he can. Bob knows that learning a foreign language is a long-term process. On top of that, when my wife and I were in Nanjing in June 2018, Bob and his mother traveled two hours by train from their home to Nanjing, just to meet us in person. Wow! What commitment! Lastly, Bob is curious and likes to ask questions, and always has a GREAT attitude.

So, for all these reasons and more, Bob is our FIRST winner of the Most Improved Award. Congratulations, Bob!

The winner of the "Most Improved" Award for the second 9 weeks is Cici Liu, of Wuhan, China.

Over the past year or so, two things about Cici have made her stand out in my mind. First, she takes initiative to learn. At DreyerCoaching.com, we seldom ask our students to memorize passages, but several times her teacher, Mr. Woodson, told me that Cici had volunteered to memorize and then recite passages from her Reading 1 book about the US states like Vermont. He was so impressed, he would record her recitations and email them to me to watch. Second, once she learned the word "mayor" in English and when she realized the Chinese meaning, she told her teacher, "I want to be the mayor of Wuhan some day." When I met with her for her bonus class the other day to celebrate her winning this award, I asked her why she wanted to be mayor of Wuhan. She told me in English, "So Wuhan can be number one."   (Wuhan, capital of Hubei Province, sits alongside the mighty Yangtze River and is home to more than 10.6 million people. That means, Cici's CITY has more people than the entire US states of VIRGINIA and WEST VIRGINIA combined!

When I told our teacher team that we have a new "Most Improved" Award, Mr. Woodson told me he wanted Cici to get it for the next 9 weeks. Below is his glowing assessment.

"I've been having 1 on 1 English lessons once a week with Cici Liu since July of 2016, and have seen remarkable improvement in her English reading, listening, and speaking skills over this two and a half year period. She is a highly motivated student who often scores at the top of her Wu Han school class in Chinese and math. This motivation clearly carries over into her online English class. Several times last year, Cici would recite from memory the text from her previous reading lesson, and she did so from her own motivation; this wasn't something I asked her to do at all. Her responsibility for her own learning is also shown when she regularly asks questions about vocabulary or concepts in a lesson that she doesn't understand. She frequently tells me, in English, about her school successes and interesting things she's done with her family.
Cici has steadily progressed from beginning vocabulary such as clock time, ordinal numbers, simple present tense verbs, classroom objects, etc. to the level 2 reading book, and she's almost finished with the level 2 spelling book. Frequent entries in my lesson log for her go like, "Great lesson; good lesson; lots of improvement". 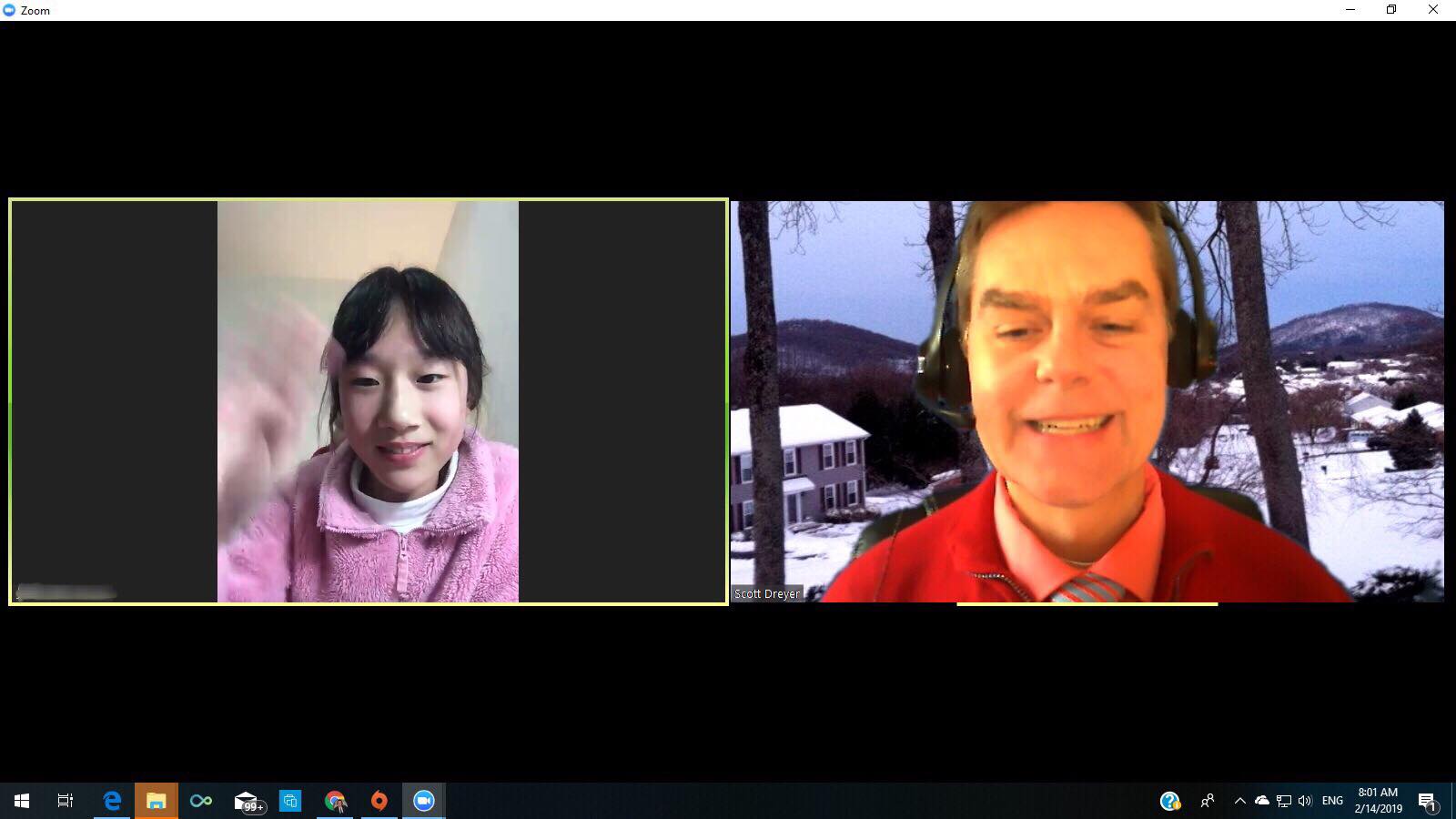 2018-2019 3rd 9 Weeks
For the spring of 2019, this award goes to Thomas Lee in Hsinchu, Taiwan! Thomas' teachers, Mrs. McKinney and Mr. Woodson, are impressed with Thomas' consistency and growth. Thomas attended Chinese-language schools for most of his life, then in middle school switched to a new, international school that uses English as the language of instruction. At first, Thomas took ESL classes at his new school, but his English has progressed so quickly, he has finished those ESL classes and is now "mainstreamed" with all his classmates in normal-track classes. Thomas has both excellent attendance and punctuality, and always shows a great attitude. He has taken writing, SAT/vocabulary, and 1 on 1 classes with DreyerCoaching to improve his overall skills, and it is showing. Thomas is not only improving language-wise, but he is also improving physically, with a height of some 190 cm, and he has yet to enter grade 10! No wonder he loves to play basketball! Congratulations, Thomas! 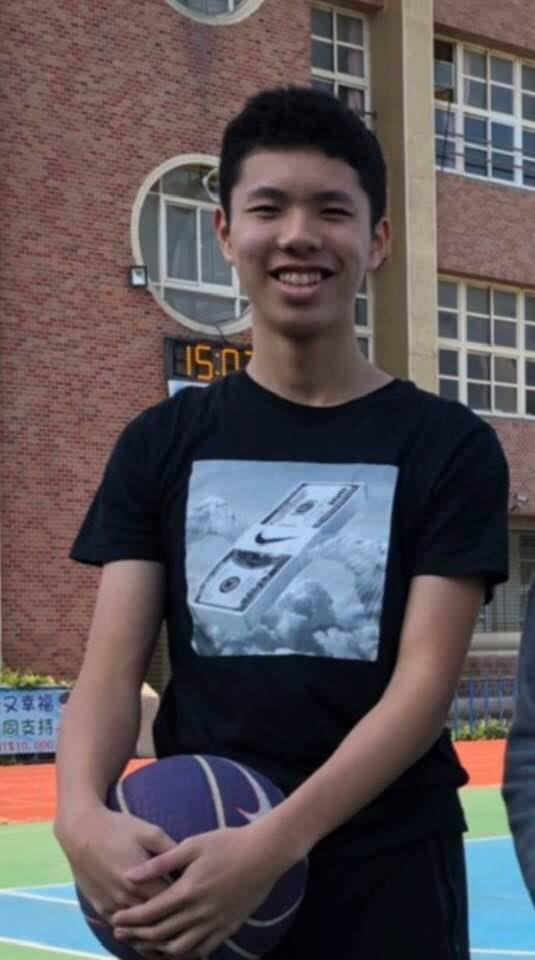