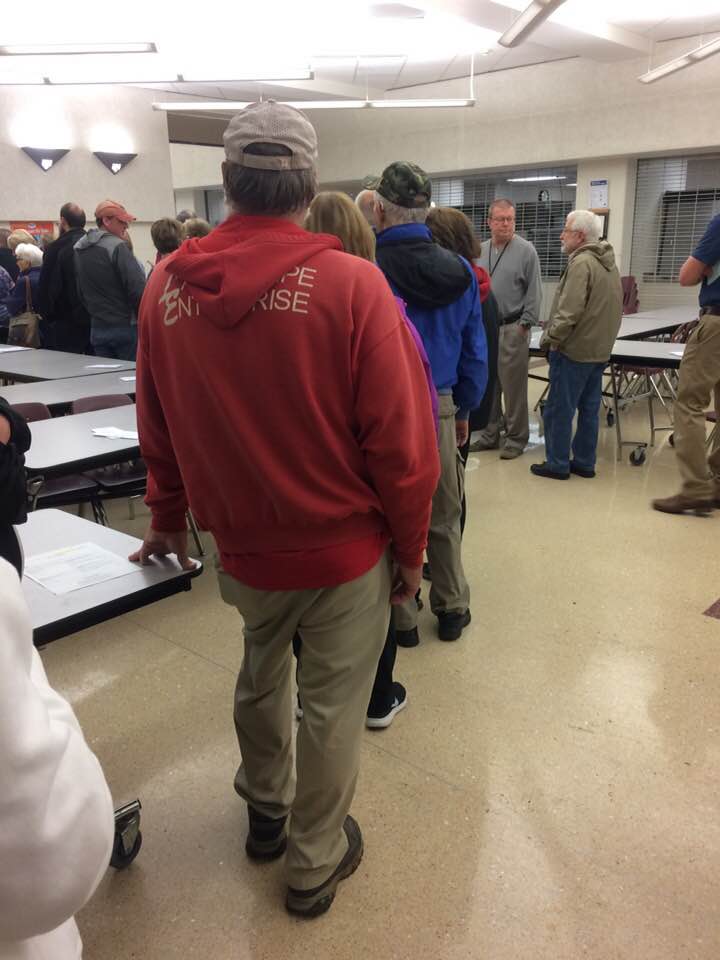 The USA is based on the idea of "self-government." That is, the people have the freedom--and responsibility--to choose their own leaders, and if those leaders do a poor job, to fire them!

This experiment, though imperfect, has been in place since the 1770s. In the US, we choose our leaders on election day. Sometimes we vote to keep the leaders we already have and other times we choose to get new ones.

Tuesday, November 6, 2018 was election day across the USA. It was called "mid-term election" because they are in the middle of the president's four-year term. Voters choose all 435 members of the House of Representatives, about one-third of the Senate, and some states chose their governors and local officials too. (Note: the House and Senate together are called the "Congress.")

Here are some pictures from the 2018 election day in Roanoke, Virginia.

Long before the actual election day, some people really care about the outcome and get involved. Some people put bumper stickers on their cars or yard signs in front of their homes or businesses, to give their candidates some free advertising. I once heard my Congressman, Bob Goodlatte, say that when you put a bumper sticker on your car and just drive around like normal, you give your candidate over $200 worth of advertising value! 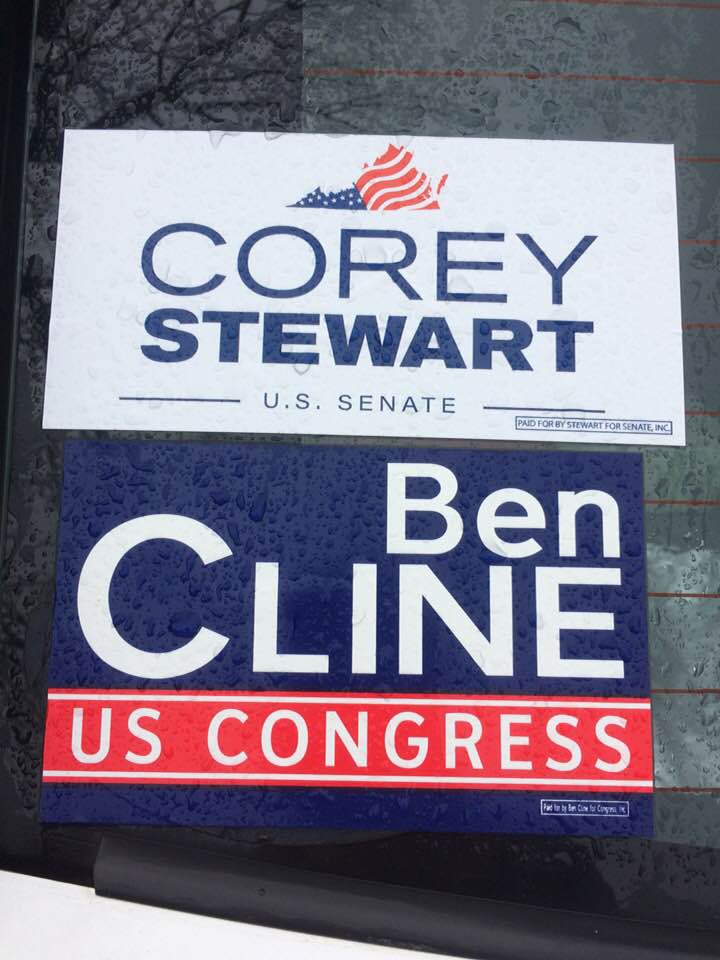 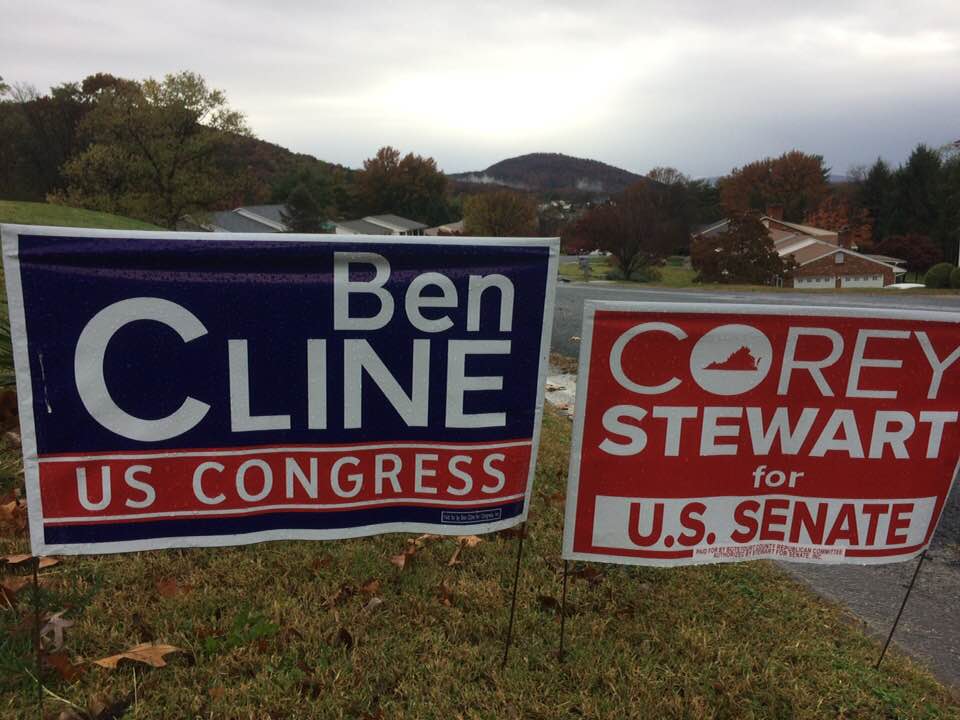 On election day in Virginia, the polls are open from 6:00 am to 7:00 pm. If you will be traveling, away at college, or physically unable to vote on election day, you can request an absentee ballot in advance from your local registrar. You just have to request it early enough to get it in the mail, make your votes, get it witnessed, then mail it back to the registrar by election day. During the ten years I lived in Taiwan, I voted in, I think, all but one election, by requesting an absentee ballot.

On election day you go to your voting place, line up, and show your voter card and Photo ID to the poll workers who then find your name on the voter rolls, and they mark your name off, so you cannot vote again that day. They give you a ballot and you go the voter booth, mark your choices, and then turn in your ballot to be counted or scanned. Many places then give you a sticker that says something like "I voted". In recent years, MANY people put a selfie on facebook with their "I voted" sticker, and they encourage their friends to go vote too. 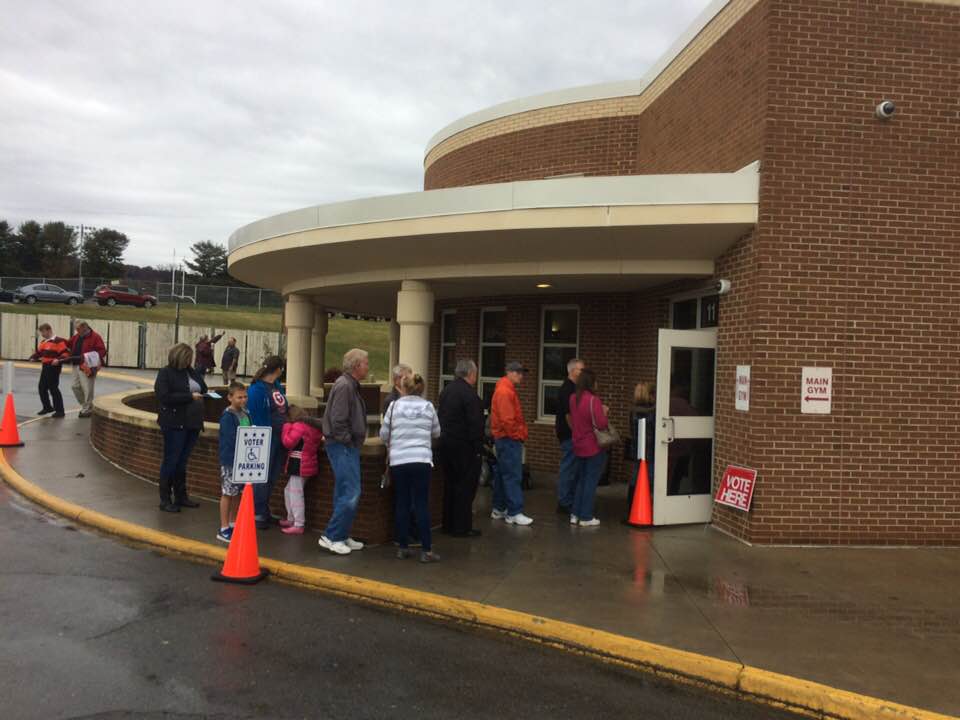 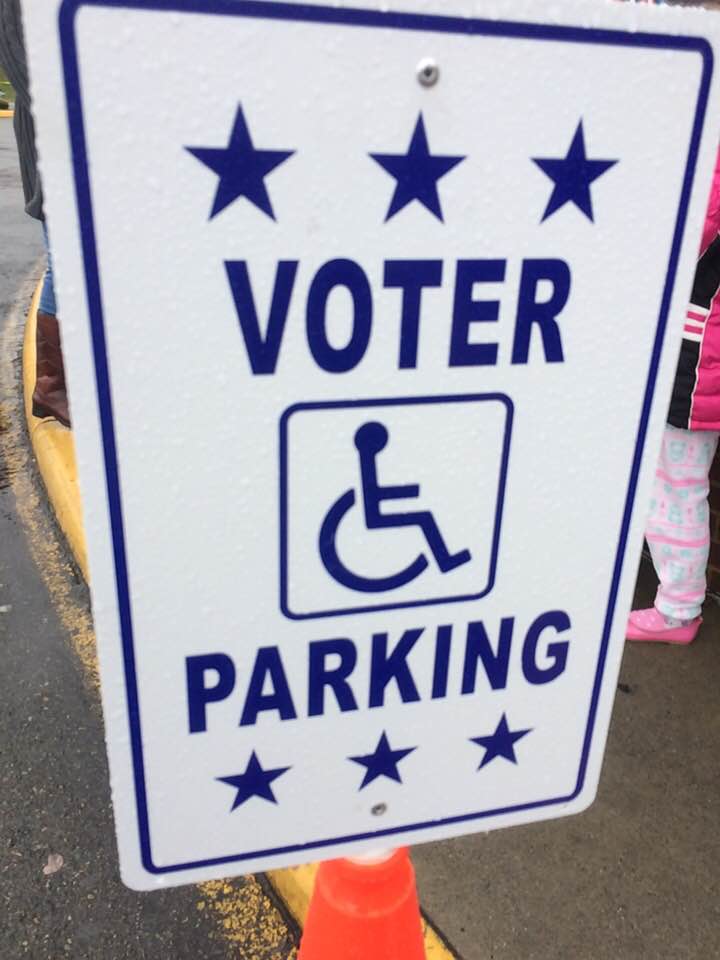 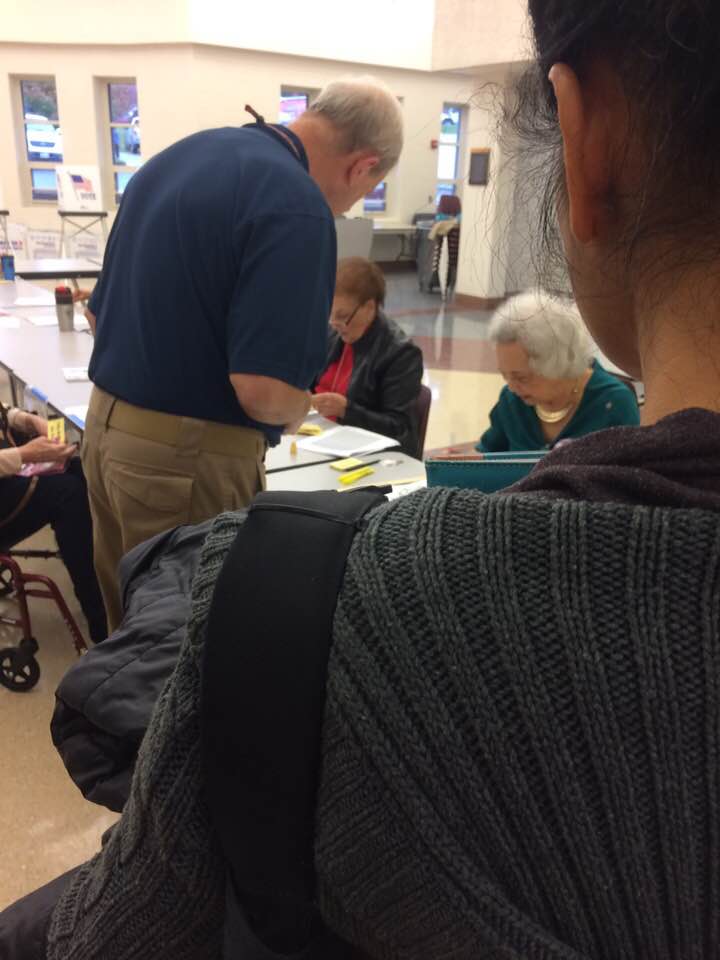 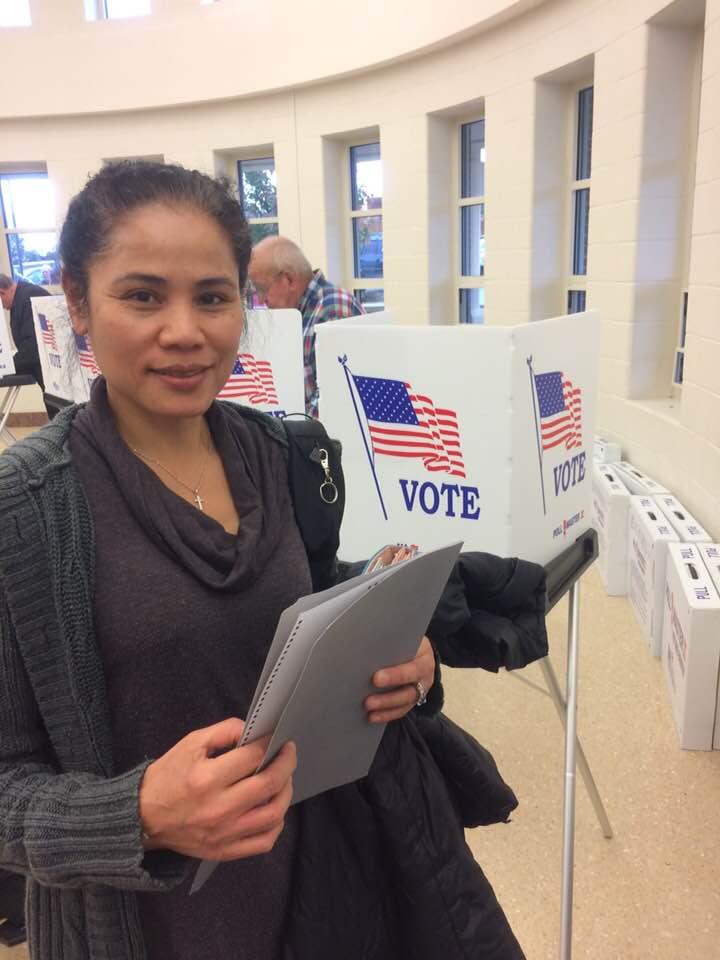 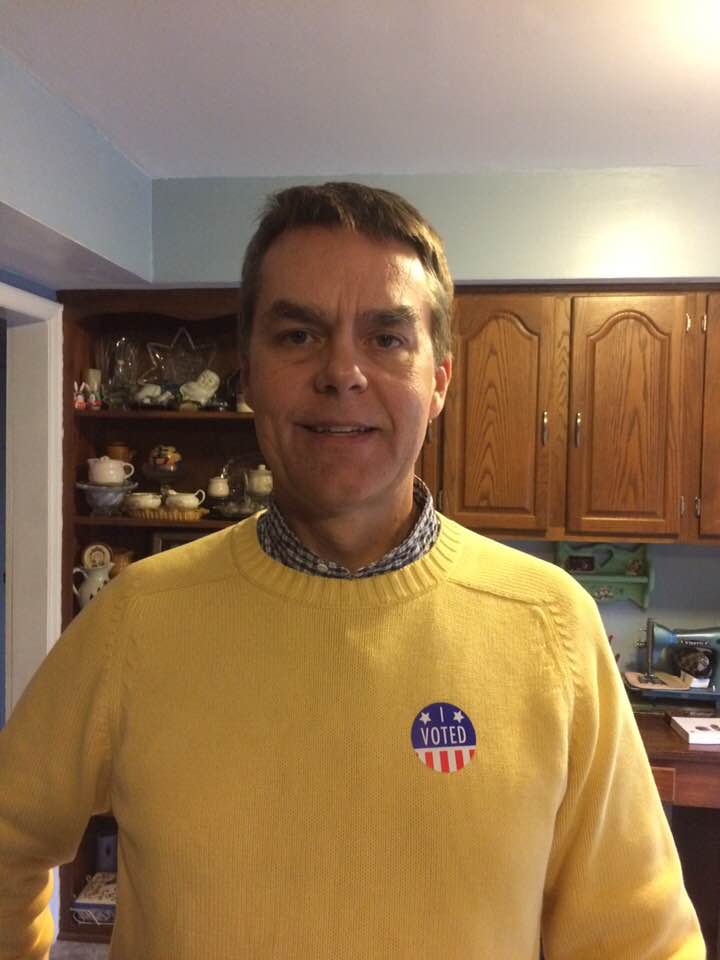 The voting ends in most states around 7:00 pm. Around 7:30-8:00, the first results start coming in, and many people watch the TV to see the how things went. Since the US has six time zones, it takes many hours to get the results from the West Coast, so sometimes we do not know until late at night who won. And in cases where the races are very close, and sometimes there must be a recount, we do not know the winner until the next day, sometimes even days or weeks later!

Do you want to know more about the 2018 mid-term elections? Listen to my podcast (episode 55)!