On April 17, 2018, First Lady Barbara Bush passed away at the age of 92. In the US, "First Lady" is the title to honor the wife of a president or governor. For example, Melania Trump is America's current First Lady, and Michelle Obama was the one before her. (In fact, every US president has been married, except for the hapless James Buchanan, the man who was in the White House right before Lincoln, as the USA was falling apart. Grover Cleveland was also a bachelor when he was elected, but he married during while in office.)

Barbara Bush was an amazing woman in many respects.

Not only is living to 92 a remarkable achievement, she and her husband, President George Bush Sr., were married 73 years-- that is an historical record--the longest US-presidential marriage!

(George Bush Sr. was a one-term president, elected in 1988 and serving from 1989-1993. I remember going to his inauguration in January 1989, when he took over following the retirement of President Ronald Reagan.)

(Unlike their husbands, First Ladies do not have a formal political role. However, they do usually take on a "cause" or a particular issue they care about, and try to make improvements in that area. For example, Barbara Bush's cause was literacy. In other words, she wanted to encourage people to learn to read and write, no matter how old they were. Mrs. Obama's cause was fighting obesity and promoting healthier eating.  Mrs. Trump wants to fight school bullying.)

Mrs. Bush's son, Jeb, former Governor of the US State of Florida and former candidate for president, said he and his mom spoke about her feelings about death, the last time they met. This is what she told her son: "Jeb, I believe in Jesus and he is my savior. I don't want to leave your dad but I know I'll be in a beautiful place."  Read more about their last conversation here.

Do you know what Barbara Bush meant when she told her son, "I believe in Jesus and he is my savior"? Find out here in English, simplified Chinese, or traditional Chinese.

In the USA, when a very famous person dies, or there is some terrible tragedy like 9-11 or such, the flags are flown at half-mast to represent a nation in mourning. When Barbara Bush passed away, many flags at post offices, stores, and even private homes were flown at half-staff. The week she passed away, a young man from Germany came to visit us here in Virginia. He said they do not have that tradition in Germany, and this was his first time to see it done. Below is the flag at a Chick-fil-A restaurant at half-staff, in honor of Mrs. Bush. 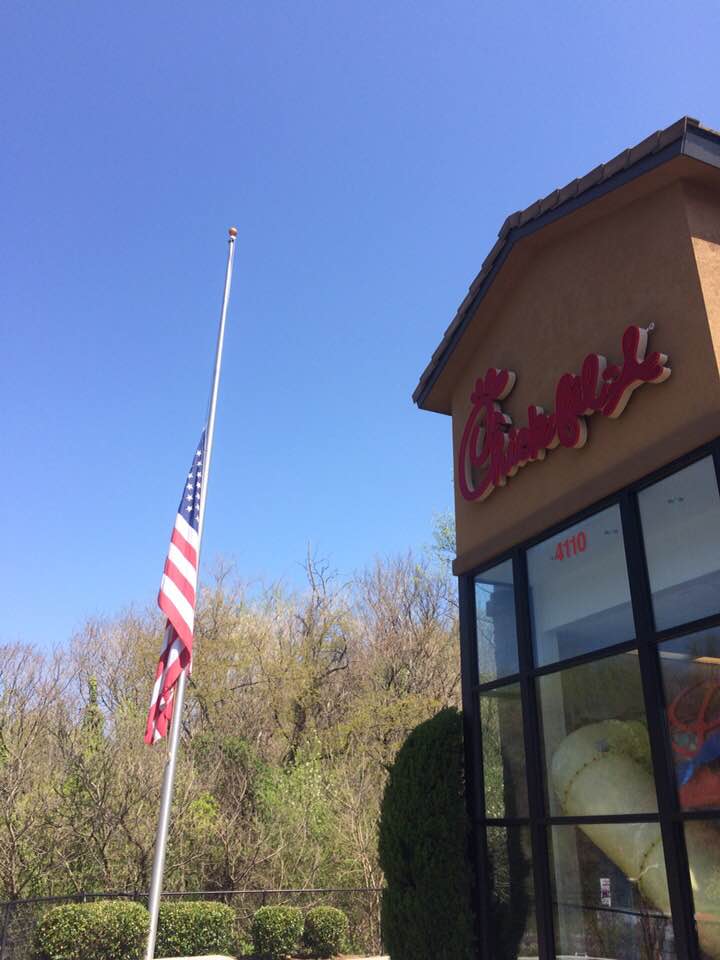 In honor of Mrs. Bush and her passing, we chose some of her quotations as our "Thought for the Day" in our social media campaigns. Here are a few:

The funeral for Mrs. Bush was held on April 21, 2018, in Texas. Because of her fame, many dignitaries attended her memorial service, including this photo that shows President Bush Sr., President Bush Jr. and his wife, Presidents and Mrs. Clinton, President and Mrs. Obama, and Mrs. Trump. It shows how American leaders came together at that important moment.

She was beloved by the Secret Service agents who protected her and her family. Read one agent's account here. 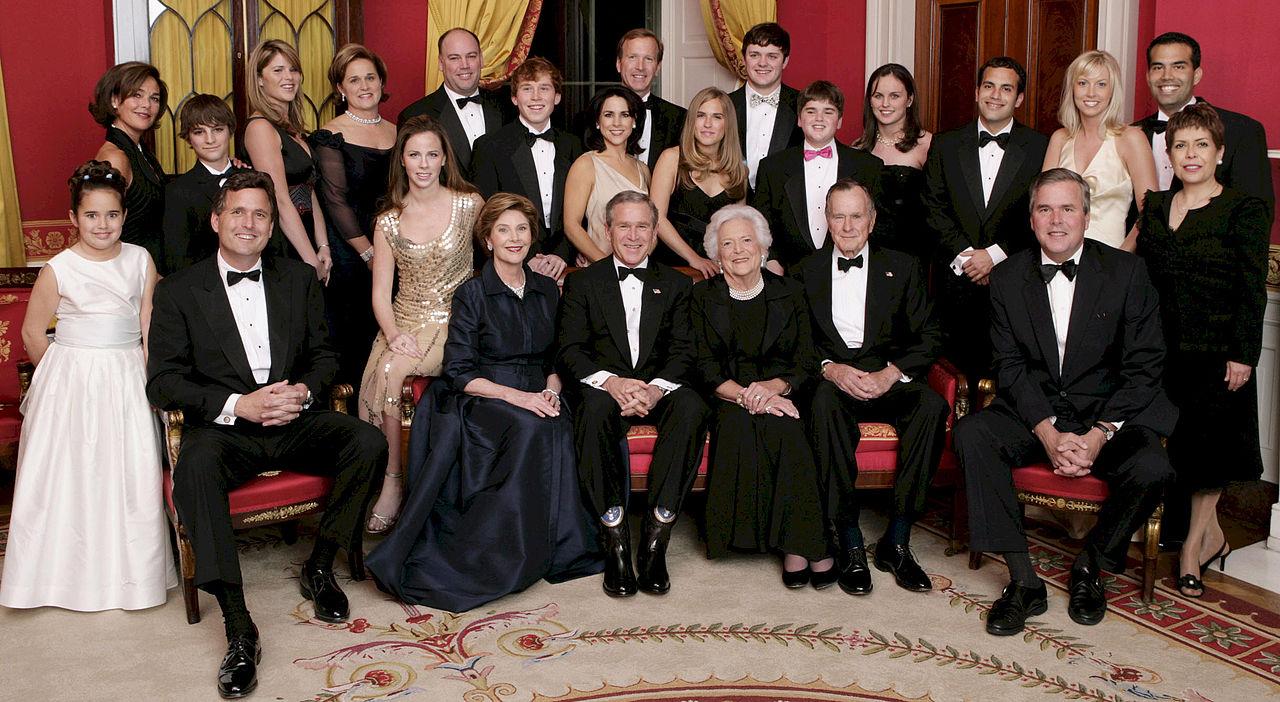 More in this category: « Dehumanizing others